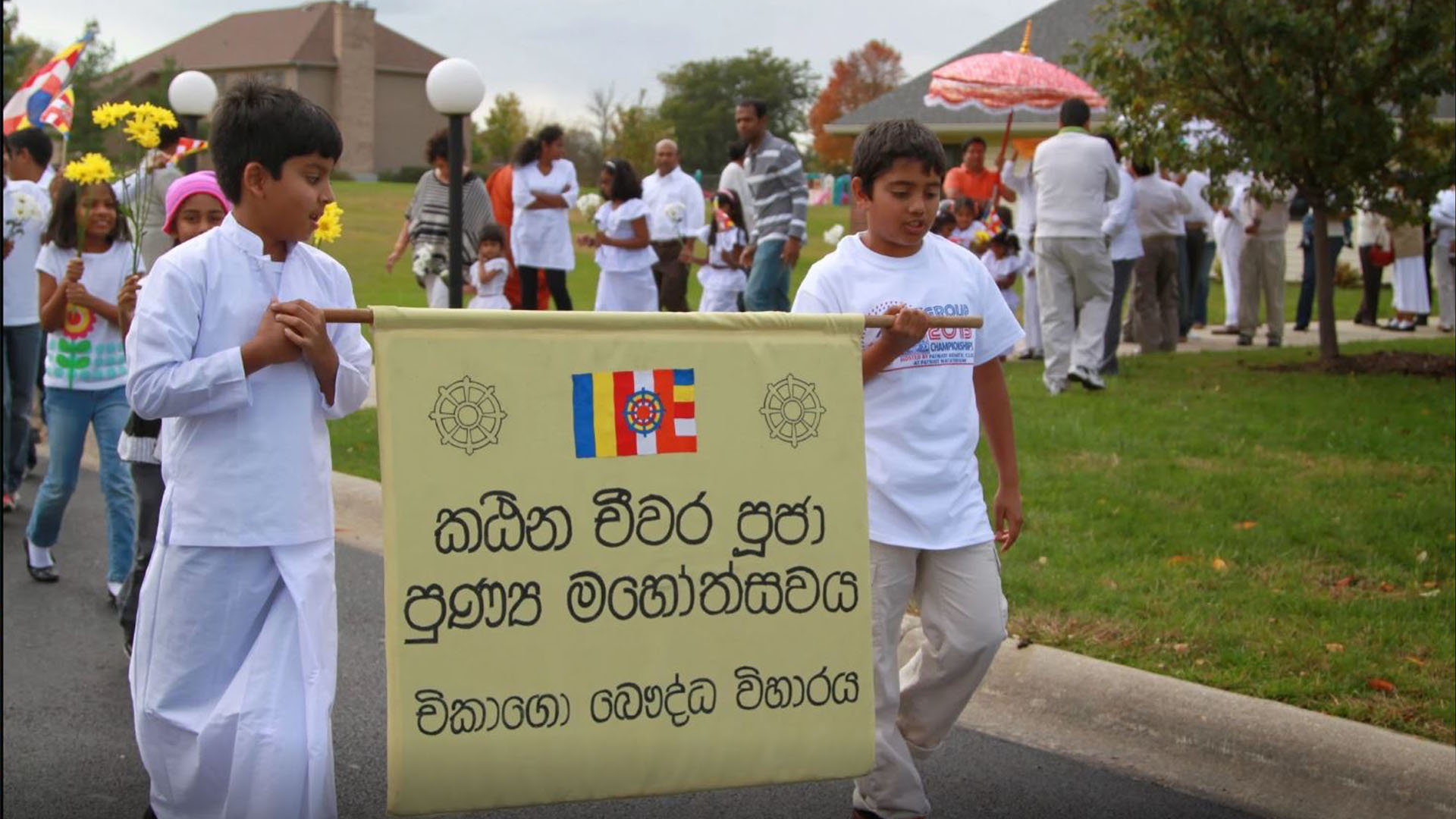 “Vas” is the three month long rainy season which starts on the Essala full moon day and ends on Vap Full Moon Day. Since monks had no permanent homes, and traveled to spread the teachings of the buddha, during this time their regular practices were not possible. The Buddha realized these issues and created Vas Vassema; vas meaning rain and vaseema meaning dwelling. During this time monks resided in a home and meditated and offered their blessings to lay people. Also towards the end of the vas period they held the Pavarana ceremony which helped the monks strengthen their spirituality and purity. They also improved their teachings and commitment to Buddhism.

The “Katina” ceremony happens at the end of Vas, also known as the rain retreat. During this ceremony, people offer robes to the monks who have completed the three month period of retreat. Katina means “firm” or “solid” because the offering of the robe gives oneself very solid merit of solid karma. This Katina robe is so significant because during Vas, the monks have to be dedicated to purifying themselves through meditation and moral conduct. When this is over, the monks are worthy of offering and veneration. The robe symbolizes the dedication and success of the retreat and is given to a monk who has completed Vas.

At the Chicago Buddhist temple the community gets together and sews robes for the monks in preparation for the offering. On the day of the Katina in the morning we have a buddha pooja and offer a dana to the monks. Afterward is the Katina Puja which is the offering of the robe to all of the monks and lastly the Katinanussasanawa Dhamma talk.

Virtual Dhamma School will be held on Sunday, March 29th. The morning program will be hosted from 10 - 10:30 am by Saradha thero. Please encourage the students to participate.
Teachers are coordinating and scheduling lesson times with the respective classes. Please remember to list the future class dates as well.

As you already know, in the wake of the COVID-19 pandemic, we have canceled all our group gatherings at the temple and as a result, we have decided to conduct our weekly Sunday Morning meditation program virtually. This is a great opportunity for the entire community to participate. You can connect via zoom. Please make sure you have installed zoom app on your smart device
https://zoom.us/j/796825253

NOTE: Please make sure you have installed the zoom app on your smart device in order to participate.
(https://zoom.us/download) and sign up.